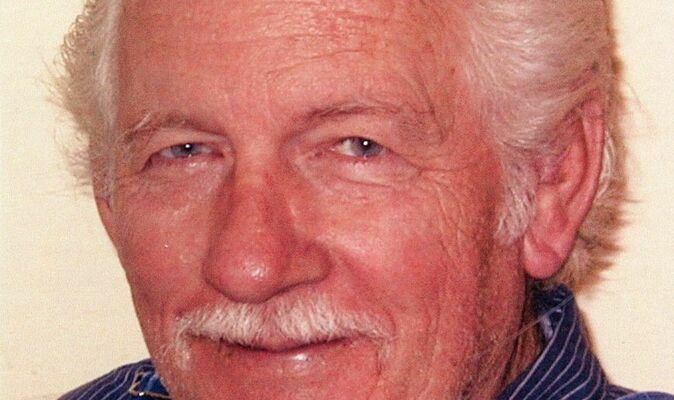 Charles “Chuck” Clyde Cherry was born December 22, 1932, in Tulsa, Oklahoma, to Charlie and Juanita Cherry. When Charles was 18 months old, he went to live with his grandparents, Tom and Ollie Jones, and great-grandmother, Liz Cherry, in Alba, TX. He attended elementary school in Coke, TX and high school in Winnsboro and Alba, TX. Charles grew up on a farm where he enjoyed hunting, fishing and basketball.

Charles joined the U.S. Navy in April of 1952. He trained in San Diego where he attended machine repair school. His first ship to repair was Braious AR-1-2 in Norfolk, VA. He received his G.E.D. in 1953. Charles was later transferred to the destroyer USS Bearss DD-654 where he served until his discharge in April 1956.

Charles married Ava Louise Smith of Mineola, TX on September 3, 1953, in Norfolk, VA where their first daughter, Donna, was born in July of 1954. After being discharged from the Navy, Charles and Louise moved their family to Kilgore, TX where their other two daughters were born - Ellen in 1957 and Charlotte in 1958.

Charles went to work for Garrett Oil Tool and worked 30 hours a week while carrying a full load at Kilgore Junior College on the G.I. Bill. Charles graduated from Kilgore Junior College with honors in May of 1958 and then began Mechanical Engineering school at Texas A&M University. Charles averaged 21 hours a semester for four semesters and graduated with honors at the top of the mechanical engineering class. During all his college years, his beloved wife, Louise, took care of the home and children so he could finish school before his 36-month G.I. bill ran out. His children and wife were his inspiration to finish school. After graduating from Texas A&M University, Charles moved his family to Fort Wayne, IN to work for General Electric. The next year, the Cherry family moved to Cincinnati, OH to work at the Lange Jet engine plant. After two years of enduring the cold, Charles moved his family back to Texas. He worked for Rocketdyne in McGregor, TX, providing analysis in thermodynamics, ballistics, grain strain, and other engineering fields from 1962 to 1977. In 1977, he went to work for Mosley Machinery designing shears, bailers, and other scrap metal equipment. In 1981, Charles’ love for designing rocket motors led him back to the rocket shop to work for Hercules where he remained until the plant closed in 1995.
After retiring, Charles volunteered to teach G.E.D. math at the MCC campus in McGregor, TX. During his lifetime, Charles received 11 patents and co-authored a number of technical papers. One of the loves of Charles’ life was pitching fast-pitch softball. His childhood dream was to be a pitcher and at the age of 40, with children almost grown, his dream was fulfilled. Over the next 15 years, Charles pitched approximately 500 games, with 77 of those games when he was over 46 years old. His team won the last Central Texas League in 1985, the last year the game was played in Waco.