Local chefs chop up the competition 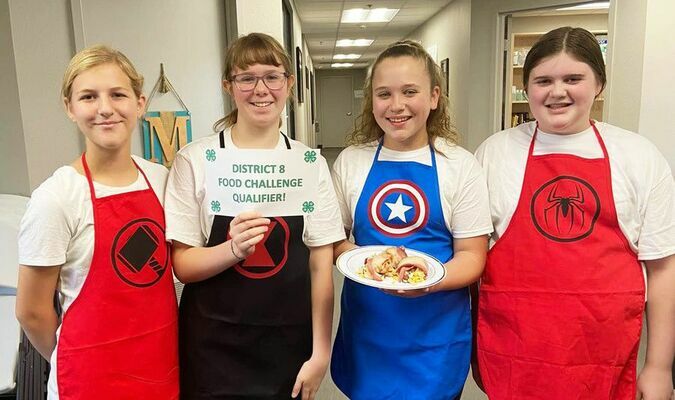 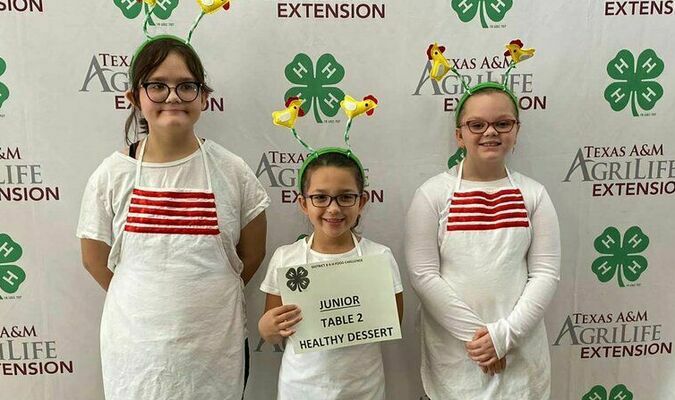 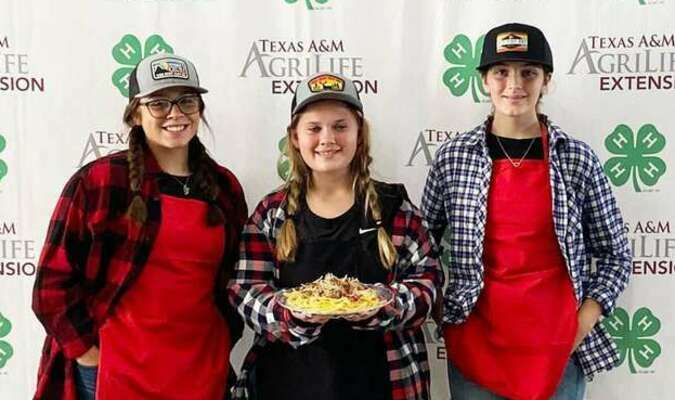 Make no mistake about it, the McGregor 4-H students can bake, prepare and serve with the best. And they have the awards to prove it.

Several local 4-H cooking teams recently earned high praise at the McLennan County Food Challenge competition in November. At a food challenge competition, McGregor’s three teams - each consisting of 3-4 students - participated in a junior edition of the Food Network’s “Chopped” series. During the event, the teams received various ingredients, and a food category. With the ingredients they are given, they are tasked to create a dish in a limited amount of time. The teams then present their dish to judges and are graded on presentation, serving size, food safety concerns, nutritional value and cost.

All three of our McGregor teams placed at the county competition in November and advanced to compete at the District 8 4-H Competition in December.

McGregor’s Junior team, The Chicken Littles, consisted of students in the third through fifth grades. Making up the squad were Samantha Velin, Addison Elliott, and Bailey McCaig. The trio finished second at county competition and in third-place at district.

McGregor’s Intermediate Team, The Avengers, was made up of Gracelynn Singer, Ali Denson, Mabry Miller and Adalyn McClure. The team received second-place at the county and district meets.

The Avengers are made up of students in the sixth through eighth grades.

The Senior Team, The Rockin Rednecks, claimed first-place at the county competition. They placed third at the district event.

The Rockin Rednecks were made up of Bailey Macedo, Emily Velin and Hailey Ustick.