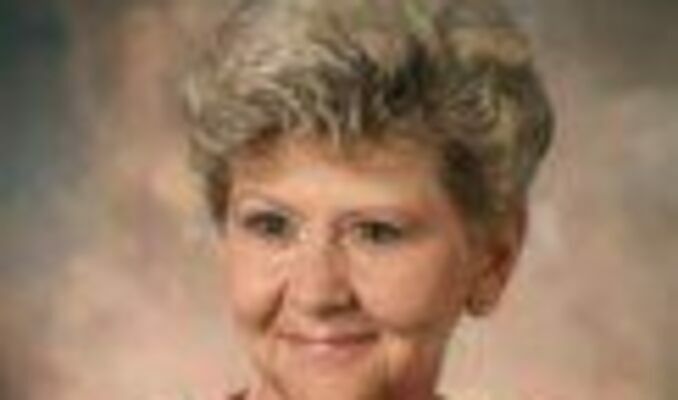 Gladys Estelle (Holmes) Fox was born to James Day Merle and Anna Maria Holmes on January 24, 1937, in Hastings, MN. She graduated from Hastings High on June 1, 1956. She married her high school sweetheart, Richard P (Dick) Fox on June 23, 1956. They lived in Hastings, MN and had four children, Paul, Gretchen, Karen and Tony. They moved to McGregor, TX in 1970 and raised their family.
Gladys was a housewife and loved baking and taking care of her family. She enjoyed entertaining in her home. Gladys was a two time cancer survivor and later worked for Spenco Medical Corporation helping other breast cancer patients with prosthetics and counseling. Gladys loved her family and was very proud of her children, grandchildren and great grandchildren and supported anything they were involved in from sports, dance, cheerleading, livestock shows and music.

She was proceeded in death by her parents; siblings, Jim and Wally Holmes, Faye Kleis and Sherry Schmidt.
She is survived by her husband of 66 years, Richard (Dick) Fox; her children, Paul and wife, Lila, of McGregor; Gretchen and husband, Randy Krupicka, of Oglesby; Karen and husband, Troy Tucker, of McGregor and Tony and wife, Vicki Fox, of McGregor; 12 grandchildren and nine great-grandchildren; brothers, Tom and Dale Holmes and wife, Sue, of St. Paul, MN and a host of nieces, nephews and friends.

The family has asked that any memorial contributions be made to St. Eugene Catholic Church in McGregor. The family would also like to thank the staff at Heartis Waco and Bluebonnet Health Services.
Services are under the directions of Cole Funeral Home in McGregor, Texas.