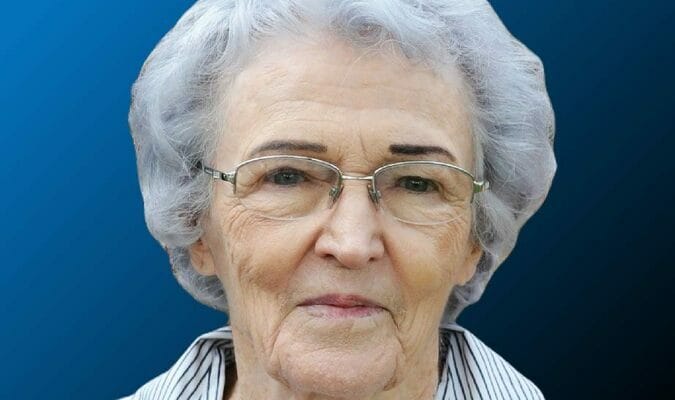 Graveside services will be held at 1 p.m. on Thursday, December 29, 2022, at Turnersville Cemetery.

Bonnie Boots Coward was born on August 13, 1923, on the Foote Ranch in Turnersville. She was the daughter of the late Carey and Hazel Foote Boswell. She went to school in Turnersville, graduating from Turnersville High School in 1941. She married Noble Sam Coward in 1941. She was a Registered Nurse for Coryell Memorial Hospital and the Texas Department of Criminal Justice. Her husband, Noble, preceded her in death and she later married Curtis Watson in 1997 and he preceded her in death in 2012. She was a member of First Baptist Church of McGregor.
She was also preceded in death by daughters, Anita Jones, Coleta Morris; granddaughter, Faith Coward; siblings, Eunice Campbell Patrick, Johnnie Boswell, Charlie Boswell, Raymond Boswell, Mildred Sturdivant, Mary Jo Spradley and Frankie Glaze.

In lieu of flowers, memorials may be made to the Turnersville Community Center, P.O. Box 701, Gatesville, TX 76528.