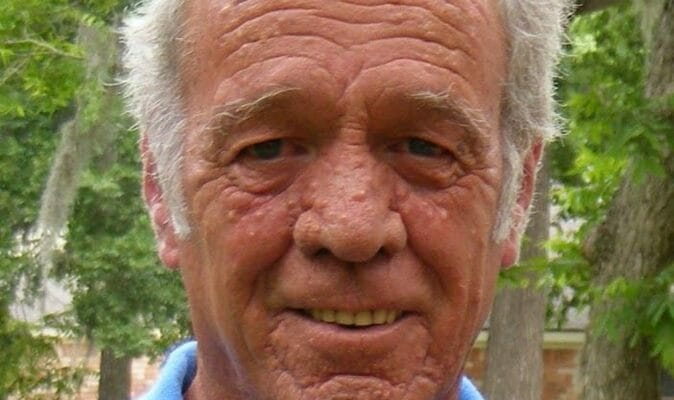 Jerry Glen Bankhead, Sr., formerly of McGregor, was a loyal husband, daddy, papa, brother, and friend, who left this world peacefully Friday afternoon, September 2, 2022, at the age of 77, surrounded by his family. A visitation celebrating Jerry’s life will be 6 to 8 p.m. Friday, September 9, 2022, in the Chapel of Grace Gardens Funeral Home, 8220 Woodway Dr. in Waco. The graveside service will be 10 a.m. Saturday, September 10, 2022, at Post Oak Cemetery near Oglesby with Rev. Terry Johnston officiating. Military honors will be rendered by the United States Army.

Jerry was drafted into the U.S. Army in 1969, where he proudly served in Vietnam, recognized with an Army Commendation Medal, a National Service Defense Medal, and multiple ribbons for good conduct. In 1972, he was honorably discharged to care for his children.

After his years of service, Jerry began his career as a truck driver for Burgess Marketing, then worked as a carpenter for Brown and Root, where he also drove a van pool for various co-workers and friends. Later, he earned his Associates Degree and finished his career working as a Safety and Health professional for Conoco Phillips in Sweeny, where he retired in 2005.

Jerry was a family man first, and was happiest when surrounded by his wife, children and grandchildren. He enjoyed the outdoors, spending weekends and summer vacations camping with his family, taking a road trip, or fishing with his dad, son, or grandsons. Saturdays were best spent watching college football from the comfort of his recliner, sitting on his porch listening to music, or playing fetch with his dog, Carly. He never met a stranger, having a nice conversation and making a friend everywhere he went.

“I want to thank the Lord for allowing me to walk on His earth for these years and giving me the family that he has, for I am so proud of each one of them.” – Jerry Bankhead, Sr.

A visitation celebrating Jerry’s life will be 6 to 8 p.m. on Friday, September 9, 2022, in the Chapel of Grace Gardens Funeral Home, 8220 Woodway Dr. in Waco. The graveside service will be 10 a.m. Saturday, September 10, 2022, at Post Oak Cemetery in Oglesby with Rev. Terry Johnston officiating.

In lieu of flowers, the family suggest the charity of your own choosing, for a memorial contribution.