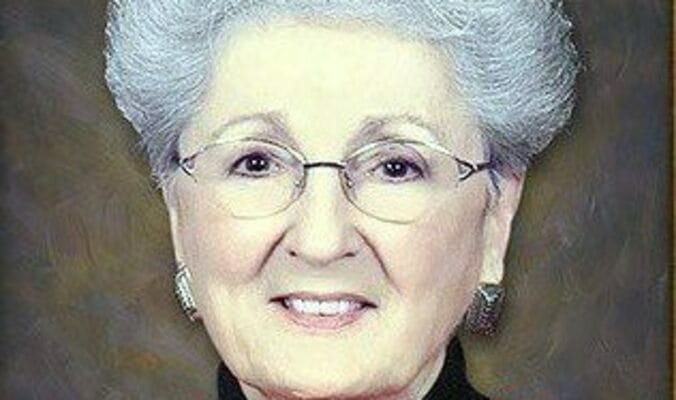 A visitation for Leta was held on Friday, September 2, 2022 from 9 a.m. to 10 a.m. at First Baptist Church, Moody, Texas, followed by a funeral service at 10 a.m.. Leta was laid to rest in the Moody Cemetery, Moody, Texas.

She was reared and attended school in the Willow Grove Community and Moody I.S.D. On October 22, 1944, she married John Franklin Poe at her family home.

Catherine was a housewife until 1958 when she attended beauty school and became a beautician. She worked in Temple from 1959 until 1976 when her husband built a beauty shop at her home in Moody. She owned and operated “The Primper” beauty salon from 1976 until 2003 where she was not only a talented hairdresser but also a caring, accommodating friend to her patrons, neighbors, and church family. Catherine was a member of Willow Grove Baptist Church, Liberty Hill Baptist Church and, at the time of her passing, First Baptist Church, Moody where she served as a Sunday School teacher and choir member.

Her hobbies included gardening, quilting, and cooking. She and John were awarded the “Yard of the Month” several times with their beautiful yard. Her greatest pleasure was preparing luscious meals for her family and friends.

The family would like to express a special thank you to Westview Manor Nursing Home in McGregor for her loving care. Memorials may be given to First Baptist Church, Moody, Texas.

Fond memories and expressions of sympathy may be shared at www.colefuneralhomes.com for the Poe family.