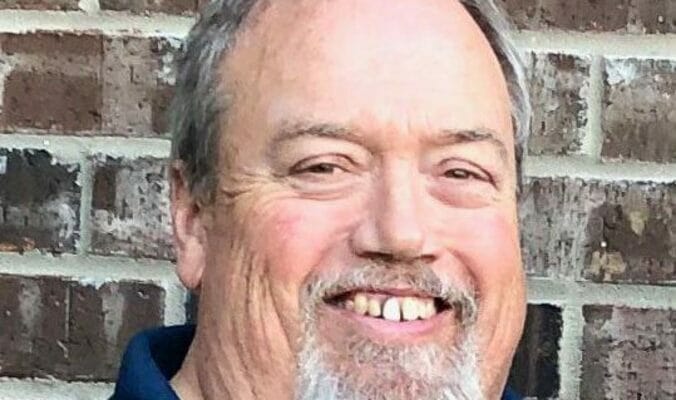 Johnny was born May 15, 1952, to Frances (Collins) and John Hugh Oliver. He was a beloved member of the McGregor High School Class of 1970. Following graduation, he attended Navarro Junior College in Corsicana and was a member of the marching band. He transferred to McLennan Community College where he enrolled in their nursing program and obtained his Registered Nurse certification. Upon graduation from nursing school in 1974, he went to work at Parkland Memorial Hospital in Dallas as a Pediatric Nurse, where he met and later married Lisa Deibel — the love of his life in 1976. They were blessed with a joyous marriage of 40 years before she passed away on December 27, 2016.

After several years in Dallas, John and Lisa moved to her hometown of Lockhart, continuing their work in nursing. They shared a love of cooking and entertaining, later opening and operating Sweetie Pies and Other Things catering in Lockhart. After many years in Lockhart, the couple moved to San Antonio, where Johnny began working on the administrative side of nursing. They moved to the Austin area in the early 1990s. He worked at St David’s, Prudential/Aetna, and TRS while they lived in Austin forming many friendships. When his mother became ill, they moved to McGregor to help take care of her. Johnny worked at the VA hospital in Waco until his retirement in 2018 after 45 years in nursing.

Johnny had a laugh that was contagious. He delighted in his family and his many pets. He enjoyed working with plants and flowers, especially his Orchids, in recent years. He was creative — making beautiful stained-glass pieces, loved his tropical fish, and always had several aquariums in his home. He was also an amazing cake baker taking Wilton Cake Decorating Classes during the early 1980s. His Strawberry Cake and Chocolate Sheet Cake were among family favorites.

One of John’s many attributes was he was a great friend. If you were among them, you were truly blessed. One of his high school friends commented, “Johnny was a man of his word and would do just about anything for those in need and those who were hurting. He made all of us better people.”

Left to cherish his memory are his children — daughter, Katherine (Katy) LeMasters, son-in-law, John, and grandchildren: LeAnne and Luke of San Antonio; son, Collin Oliver and wife, Teri, and grandchildren: Macee, Avery, Riley, Bre, and C.W. of Canyon Lake; sisters, Joan Henager and husband, Don, of McGregor, and Judy Allbright of Hewitt; brothers, Jerry Oliver and wife, Brenda, of Hewitt, and Larry Oliver and wife, Denise, of McGregor; brothers-in-law, Richard Deibel and wife, Chris, of Washington state, and Fred Deibel of Idaho; and sister-in-law, Ada (Potts) Kyle and husband, Keith, of Luling; nieces, nephews, cousins, and many many friends, all of whom he loved unconditionally.