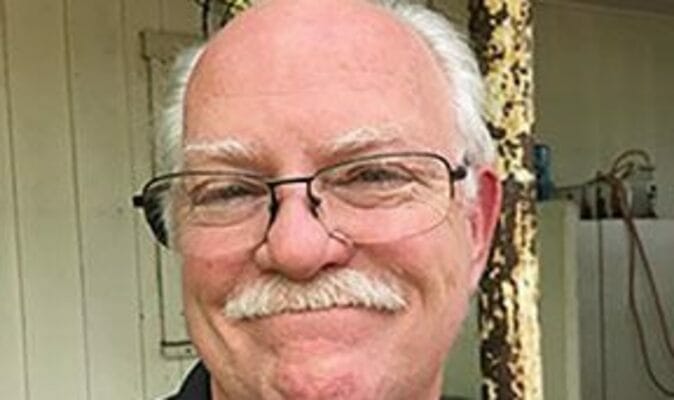 Charles Bradley Brown (Brad), 63, of Speegleville, passed away June 28,2022, at his home after a 3-year battle with cancer. A visitation will be at 10 a.m. followed by a celebration of life at 11 a.m. on Monday, July 11, 2022, at Highland Baptist Church Chapel with pastor Mark Wible officiating.

Brad was born on June 20, 1959, in Fort Worth, to Bill and Bettie Brown. Growing up in Waco, he enjoyed being in Boy Scouts and became an Eagle Scout, earning the Order of the Arrow. After graduating from Richfield High School in 1977, he moved to Nacogdoches to attend Stephen F. Austin University where he received a bachelor’s degree in chemical science. He moved back to Waco and married Rebecca Snyder from Waco, with whom he raised four children: Chris, John, Nick and Jesse. He often held two jobs to make ends meet until he landed a job in Valdosta, GA with Saft. He adopted Jesse as his own and helped him with baseball, saying he was the best left-handed pitcher out there. After a separation in marriage, Brad returned to Waco with his son, Jesse. He started working at Marathon Norco Aerospace while in Waco and he met his best friend, Shirley Bartosch, from Waco. They married on October 22, 2000, and helped raise her two daughters. Amber and Natasha, and three of the grandchildren: Aliza, Alison and John for the last 10 years.

Brad worked at Marathon for over 20 years. While there, he furthered his education at Tarleton State University, receiving a masters in business. Due to his positions at Marathon, he travelled the world and enjoyed taking Shirley whenever possible. He was a devout member of Highland Baptist Church where he was a deacon. He enjoyed serving through ushering and coffee duty before services.

Brad volunteered for Friends for Life doing assessments on his lunch break for many years. He enjoyed being an instrument for Christ, giving wherever he could. Those who knew him say they appreciated his integrity, he was a Godly man.

Brad enjoyed activities with family, He took any opportunity to travel with the kids to show them new things. He raised the boys to love baseball, fishing and camping. He loved roller coasters and kept a Six Flags season pass for many years. His favorite sport was scuba diving, he loved the blue water and all of God’s creatures.