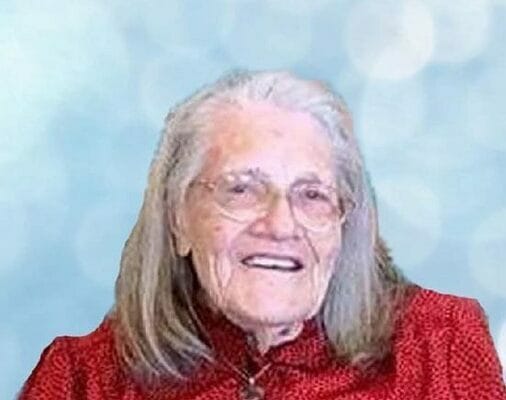 Lela Mae Collins, 98 of McGregor, passed away peacefully with her family by her side on Sunday, May 29, 2022 in Gatesville, Texas. Funeral service will be 10 a.m. on Saturday, June 4, 2022, at McGregor Baptist Church with Reverend Charlie Brown and Reverend David Thompson officiating. Burial to follow in Turnersville Cemetery in Turnersville, Texas. Visitation will be from 6 p.m. – 8 p.m. Friday, June 3, 2022 at Cole Funeral Home.

Lela was born on April 20, 1924, to James E. and Clara Maud (Davenport) Foller in Putnam, Texas. She lived in McGregor since 1982. Lela married the love of her life, Floyd Warren on September 28, 1940, in Coryell County. They were married for 39 years. Then she married, Walter Collins on August 22, 1982, in Clifton, Texas. She was an active member of McGregor Baptist Church and previously a member of College Avenue Baptist Church. She spent her entire life serving her Lord Jesus Christ and serving others. Lela strived to lead everyone to her Savior. For 32 years, she read with the primary children in McGregor. Lela was very instrumental in the founding of the Central Texas Hospitality House in 2000. Lela worked as a Nurse’s Aide at Goodall Witcher Hospital in Clifton for 15 years and Westview Manor in McGregor for 3 years. She enjoyed playing cards, and dominoes. Most of all, spending time with her family and all of her grandchildren.

She is preceded in death by her parents; husbands, Floyd Warren and Walter Collins; son, James Warren; five brothers and three sisters.

Services are under the directions of Cole Funeral Home in McGregor, Texas.