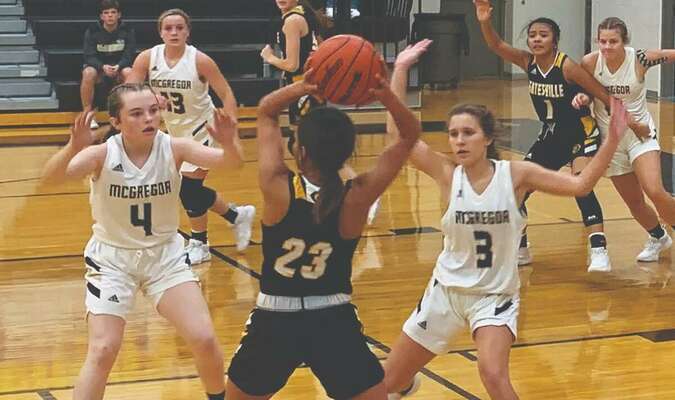 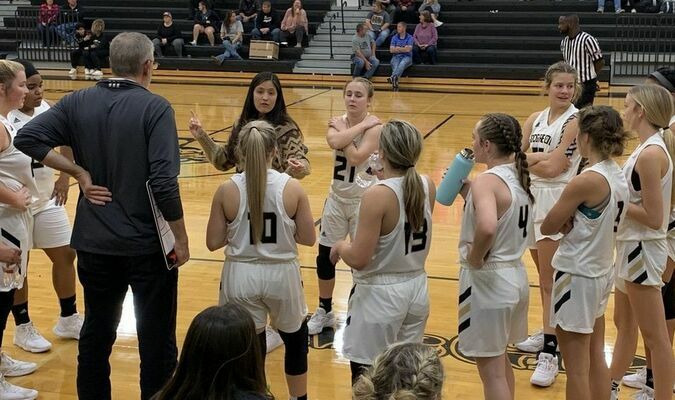 Carsyn Hamilton highlighted a crushing 9-0 in the final minutes of the first half and helped the Lady Bulldogs to a 47-43 victory over Gatesville on Tuesday in the MHS gym.

Gatesville did anything but struggle offensively in the first quarter. The Lady Hornets rode the hot hand of Taylor Coward to a 14-13 lead in the opening frame. Coward scored eight of Gatesville’s initial points.

After Gatesville had taken a 17-15 lead midway through the second, Maddie Denn and Ava Curry keyed a stingy MHS defensive. The Lady Bulldogs held Gatesville without a basket over the final 4:05 of the first half.

Hamilton made sure McGregor took advantage of the opportunity. She drained a three-pointer from the right wing with just under 3 minutes left to play to kick start the Lady Bulldog offense.

Overall, she had 10 points in the opening half.
Denn, Curry and Alyssa Bottoms also pumped in shots during the MHS run.

McGregor carried a 26-17 lead into the half.

Gatesville rallied in the second half to make a game of it. The Lady Hornets posted a 26-21 run in the final 16 minutes.