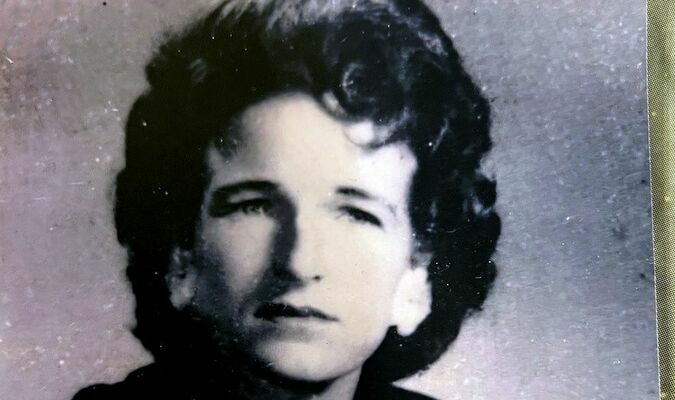 Edna Faye (Davlin) Wells, 92, of Ranger, passed away peacefully on March 18, 2022, at her residence in Ranger surrounded by members of her family.

Faye Davlin was born on Dec. 14, 1929 in Jefferson, Texas. She was fourth of five children born to Frank and Charles Wirta Davlin. As a child, she was raised on the family’s farm near Jefferson. Later, she and her family moved to a farm near Linden-Kildare. She attended school in Jefferson and graduated from the eighth grade. After finishing school, she moved to Odessa to live with her older sister, where she met the love of her life, Bobby Wells, while working as a carhop at Chick’s Drive-In. She caught Bobby “lifting” candy from her tray. She said she “might as well marry him if she was going to have to support him.”

She married Bobby on August 1, 1955, in Lovington, New Mexico. After marrying, the couple lived in Odessa for several years before moving to Pecos, where her husband worked as a house painter. After a short stay in Pecos, they relocated to Houston where there he worked as a milkman while she worked as a housewife. Later, they returned to Odessa and resided there for many years. In the mid-1970s, they moved to Ranger to be closer to her husband’s widowed mother, Gladys (Cozart) Wells. In Ranger, she and her husband managed the Ranger Hill Café as well as owning and operating the Old Rip Café in Eastland. After selling the Old Rip Café, she worked as a cook in several restaurants in Ranger before retiring at the age of 85. Bobby preceded her in death in May 1997. Faye remained in Ranger for the remainder of her life, owning several homes before finally residing with her oldest daughter, Barbara Caraway. She and Barbara operated a small bait store at Lake Leon for many years where she had great fun cooking for her “friends,” including Dr. William Simpson.

She enjoyed traveling, including frequent trips to casinos in Las Vegas and Oklahoma. With her husband and family, they traveled throughout the western half of the U.S. on vacations. Later, she traveled to Alaska, where she got to experience sled dog race and life in the remote village of Elim where she claimed to have “nearly frozen to death.” She also enjoyed creating handmade quilts. Later, as her hearing worsened, one of her favorite things to do was to watch FOX News with the volume turned up to the max, and then explain her version of what she heard to everyone that would sit around her kitchen table.

Two of the things most people remember fondly was her help training the Ranger Volunteer Fire Department. On many occasions in her later years, the fine folks at RVFD made visits to their home to train on the small fires she made in the kitchen, or her quest to stay warm. She’s famous for keeping a fire burning at all times – whether that meant having visitors (notably Justin, Jake, Bobby and Tommy, Jr.) to bring an endless supply of firewood or burning every rug or spare piece of clothing she could find.