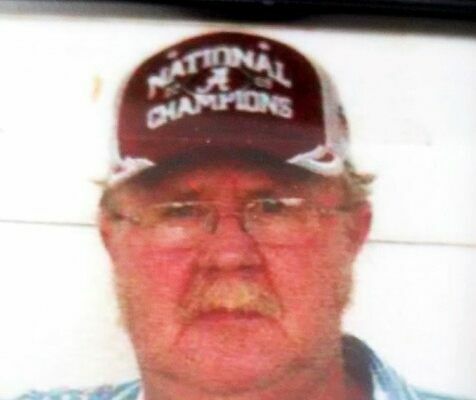 Donny was born April 11, 1954, in Huntsville, Alabama, to Ernest Allen McNeese and Winnie Inez Lamb. After graduating from school, he enlisted in the United States Marine Corps and served his country proudly until being honorably discharged.

After leaving the USMC, he began a career as a truck driver that spanned more than 30 years and took him to almost every state.

In the early 1970s, he met the love of his life, Judy Faye Weston, while working in Odessa, Texas. The two married shortly afterward and made their home in several places, including Odessa, Graham, Texas, Giddings, Texas and Huntsville, Alabama, before settling in Electra, Texas, just across the Oklahoma-Texas border. The couple lived in Electra for more than 20 years and operated the historic Whistle Stop Cafe for several years.

While residing in Electra, Donny also worked as a forklift operator for NATCO. A skilled mechanic, he was a caring and kind-hearted individual who freely gave of his time to help anyone in need. He also took great pride in playing with his grandchildren.

Donny was preceded in death by his parents, as well as his wife, Judy, who died a month earlier.

A diehard Alabama Crimson Tide football fan, he enjoyed fishing and spending time with his wife, often accompanying her on long road trips and to the Red River and Kiowa casinos.

Donny is survived by a daughter, Londy Jo McNeese of Odessa; and three stepchildren, including Earl Weston, Jr. of California, James Weston and his wife, Shawna, of Houston, Texas, and Renee Armstrong and her husband, John Armstrong, of Giddings, Texas. He is also survived by a granddaughter, Bobby Jo Bull of Wichita Falls, as well as grandsons: John E, "Scooter" Armstrong, Jr. of Giddings, Connor Weston of Houston, and Ethan Weston of Houston.

Funeral services for Donny Allen McNeese were handled by Falls Funeral Home and Cremation Center in Wichita Falls. A memorial ceremony will be held by family members at a later date.